History of the Order

The origins of the Order of Prémontré can be traced back to its charismatic founder, Norbert. The second son of the Count of Gennep was born sometime between 1075 and 1085. 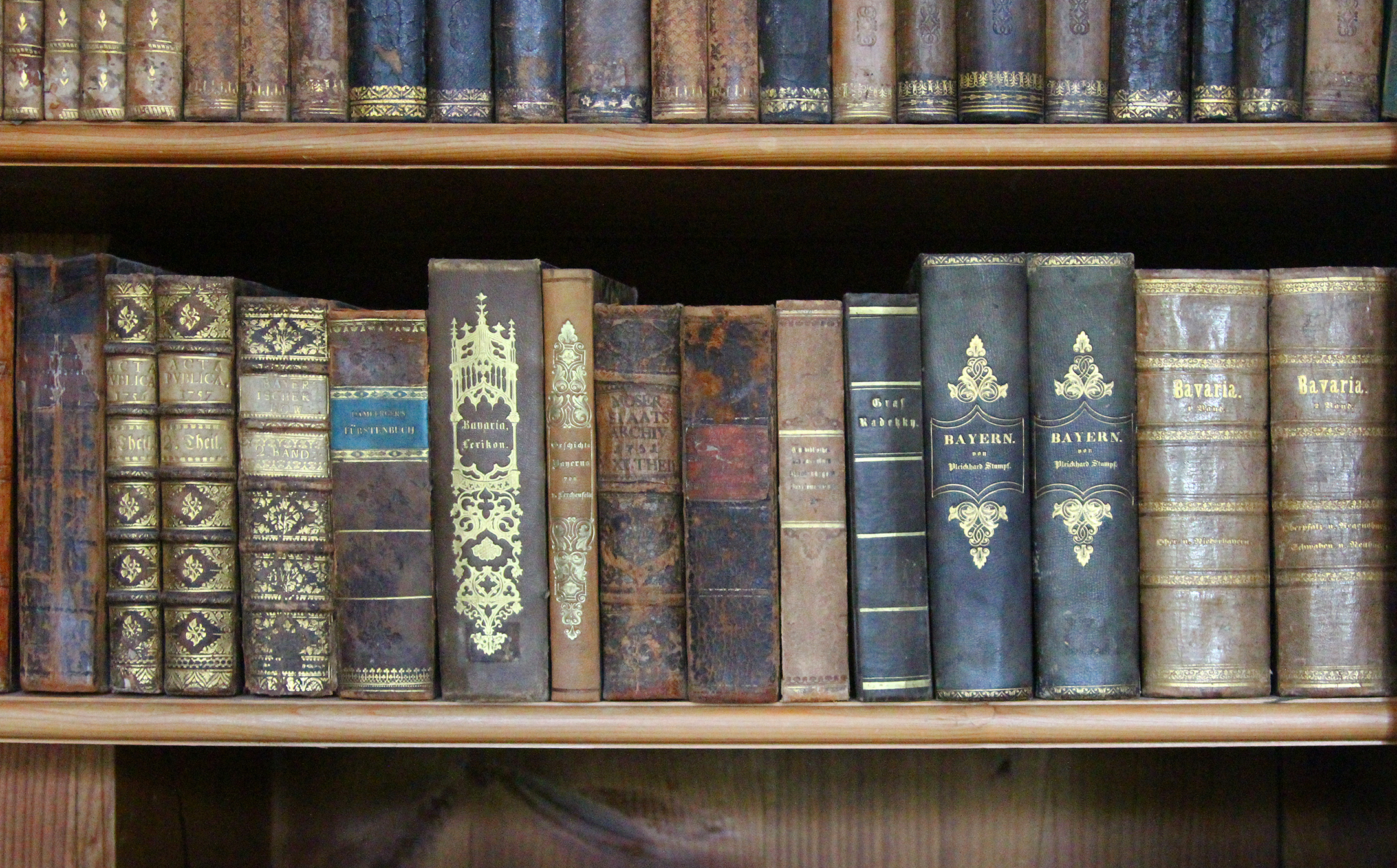 Norbert was born in the second half of the 11th century, into a turbulent world that had been expecting the return of Christ and the apocalypse to follow the first millennium. There was a drive among Christians to achieve unity and order (by converting Muslims in the Crusades, for example).

It was an age of tension between the Holy Roman Emperor and the Pope. Just before Norbert’s birth, Pope Gregory VII had battled to re-establish the authority of the Vatican and was now keen to gather more political power.

In a feudal economy based on land ownership, peasants belonged to the noble family whose land they lived on in poverty. Some religious communities cared for the poor, but the existence of poverty and the huge gaps between rich and poor were not challenged. Norbert’s sense of social justice was unusual.

Churches also belonged to the nobles, who could appoint their own priests. A life in the Church was a way to move between classes through education. Clerics were so called because they could both read and write (extremely rare outside the Church) and were able to advance in society by being secretaries to the nobility (though it helped if you were of noble birth already, as Norbert was).

There also was debate within the Church about whether canons should adopt the Rule of St. Augustine. In Norbert’s early years in the Church, priests were not required to be celibate or give up their possessions. Canons who were attached to a certain church were obliged to perform duties, sometimes in return for a stipend, but did not have to share property in common or even live together. They could pay someone else to cover their canonical duties, as Norbert did when he went to Cologne.

By the early 12th century, some communities, most notably the Benedictines, were following St. Augustine’s Rule (including vows of poverty, celibacy and obedience). The vow of celibacy was not prompted by moral concerns: It was to stop priests having families who could be eligible to inherit Church property.

By the time Norbert entered the Church, it was considered to be ripe for reform. After his conversion in 1115, he devoted the rest of his life to spiritual, social and political reform — in the Church, in its communities and in the treatment of the poor — and founded an order that would carry on the work.

The Birth of the Order: Prémontré

When Norbert asked Pope Calixtus II for help in setting up his order, he had researched how a reformed order could work and started to gather disciples. Calixtus sent him to Laon, the diocese near his birthplace. Bartholomew, Bishop of Laon, traveled with him to Prémontré, where they came upon a clearing in an ancient forest with a ruined chapel to St. John the Baptist. The name is thought to come from the Latin pratum monstratum (“pointed out,” in this case by God).

With Bartholomew’s encouragement, Norbert gathered more followers. By Easter 1120, there were 14 men living at Prémontré, building wooden huts, clearing and draining the forest, and planting crops. The first 40 Prémonstratensians took their vows on Christmas Day 1121.

The order grew quickly thanks to donations from rich followers such as Godfrey of Cappenberg, whose Cappenberg Castle was among the first Norbertine abbeys, and Ermesinde, Countess of Namur, who gifted the second monastery, Floreffe, in 1121 (Floreffe was founded before Prémontré, although the Prémontré community was set up first). Norbert continued to gather support as he traveled and preached. He created a federation of reforming abbeys, some of which absorbed existing communities that needed support to reform.

From the beginning, Norbert established:

After Norbert’s death in 1134, Blessed Hugh of Fosse, Norbert’s closest disciple, became the first abbot of Prémontré and the order’s first abbot general, developing its system of governance and the rules of the Norbertine life with ritual and liturgy at the center.

The Norbertines flourished as the Church was acquiring its modern footing, building a bridge between the Dark Ages and the Gothic period. It is estimated that there were more than a thousand Norbertine institutions by 1350, from Scandinavia and Ireland to the Holy Land.

Some of the first abbeys in Belgium and Central Europe still function as abbeys today.

Over the next four-and-a-half centuries, the Norbertines declined. By 1801, the year of Napoleon’s concordat with the pope, there were only 15 Norbertine houses left in Europe, all in the Austrian-Habsburg Empire.

Reasons for the Norbertines’ Decline

The French Revolution and After

From Reformation to Rehabilitation

How was Norbert’s canonisation achieved in 1582, 350 years after his death when the decline of the order meant that his profile had faded?

After half a century of Martin Luther’s reforms, the Catholic Church had lost ground in much of Northern Europe. The Reformation focused on eliminating devotion to Mary, the saints and the Eucharist. Because Norbert had preached against an anti-Eucharist preacher in Antwerp (the heresy of Tanchelm, 1126) the Church began to promote him as a champion of the Eucharist, often depicting him with a monstrance, which was not in use during his lifetime.

During the Thirty Years War in Germany (1618-1648), Magdeburg, where Norbert had been archbishop and where his remains rested, alternated between Protestant and Catholic rule. During a Catholic phase, in 1626, the Abbot of Strahov Monastery in Prague asked the Holy Roman Emperor to release Norbert’s relics so they could be moved to safety and re-interred at Strahov. The festival held to welcome his relics to Prague helped re-establish Catholic culture in Bohemia. Norbert never visited Prague, but his statue is on the Charles among the city’s patron saints.

When Belgium and The Netherlands became separate countries in 1830, Belgium was given freedom of religion. Small groups of older monks who had survived the suppression of their abbeys, some managing to live on abbey farmland, gradually revived five Norbertine houses in Belgium: Park, Grimbergen, Postel, Averbode and Tongerlo. Grimbergen later refounded Mondaye Abbey in France.

These were all important in reviving the Norbertines elsewhere in the world. Canons from Tongerlo sent a mission to Lincolnshire in England in 1872, which resulted in the first English vocations to the Norbertines since Henry VIII.

Park and Averbode established the Norbertines in Brazil, Postel and Tongerlo in The Congo (now the Democratic Republic of Congo), and Grimbergen in South Africa.

The monks of Berne Abbey in the Netherlands (founded in the year of Norbert’s death, 1134) had been scattered since 1578 when they were driven out by the Calvinists. The monks had dispersed to their parishes while the abbot, novice master and treasurer retreated to a refuge house inside the city walls. Parishes continued to recruit novices and send them one at a time to the refuge house where they would spend a year studying before university, ordination and a posting to a new parish. In this way, the abbey function was kept alive and it was able to care for parishes, though the monks had no communal life until 1857 when they were able to move to a new abbey in a former hunting lodge at Heeswijk. The Berne-Heeswijk monks remain the oldest continuous religious community of men in the Netherlands.

Berne-Heeswijk initiated the Rev. Bernard Pennings’ mission to Wisconsin in the United States in 1893. The initial party of three missionaries grew to 26 over 10 years and founded St. Norbert Priory in De Pere, Wisconsin, in 1898 (now St. Norbert College, the only Norbertine institute of higher education in the world). De Pere was the first center of Norbertine influence in the U.S., establishing communities in Pennsylvania, Mississippi and New Mexico.

Norbertines in Europe suffered under Nazism and Communism

In the Abbey of Nová Rise in what is now the Czech Republic, the entire Norbertine community was arrested by the Gestapo on May 29, 1942. Nine Norbertines were transported to Auschwitz where five died on arrival.

The abbot of Nová Rise, Augustine Machalka, survived and was liberated in 1945, but in 1950 was sentenced to 25 years in prison by the Communists. He had already survived imprisonment in three concentration camps: Auschwitz, Buchenwald and Dachau.

Seven Norbertines from the Abbey of Csorna in Hungary escaped to the U.S. in 1956, taught in high schools and founded St. Michael’s Abbey in Orange County, California.

The Second Vatican Council debated how the Church could be modernized while religious orders could return to their roots. 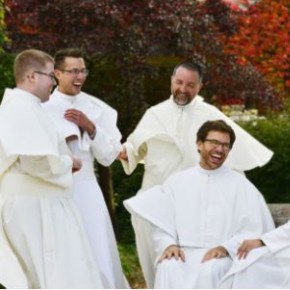