REMEMBERING ALL WHO SERVEd ON vETERAN'S dAY AND nOVEMBER

Fr. Vanden Boogard taught high school for five years and was then commissioned a U.S. Navy officer and Catholic chaplain, a role in which he served honorably until his medical retirement in 2010.

“I have been on more than 100 ships on official navy business, everything from harbor tugs, frigates, and destroyers to the John F. Kennedy aircraft carrier,” Fr. Vanden Boogard explained. At his busiest and most dangerous time, he was the only Catholic priest military chaplain on U.S. military bases in 2006 in Fallujah, Iraq, where he pastored two chapel parishes, served four battalions and an army brigade, and supervised five junior chaplains.”

“I feel as if I am just 10 percent of what I once was. I used to travel far and wide—the mountainsides, fields, valleys, and seas—‘looking for lost sheep.’ I ministered to both Catholics and non-Catholics. I helped people become full members of the Catholic Church, celebrated the sacraments, and wrote scores of benedictions and invocations,” Fr. Vanden Boogard said of his 17 years in the navy.”

Kern served as a soldier in the Austro-Hungarian armed forces during World War I and suffered threatening injuries that impeded his health for the remainder of his life and which often hampered his studies. He fostered an intense devotion for the Eucharist – for which he was known – and was often found in constant Eucharistic Adoration.

On 1 January 1916 he attended adoration in the church of Saint Blasé in Salzburg and during a 40-hour devotion asked God to allow him to share in the suffering of Jesus Christ. It seemed that this wish was granted for he was sent not long after as a lieutenant during World War I in January 1916 to southern Austria and on 15 May 1916 was sent to the southern border to fight on the Italian front. Before he left for this assignment he spent an hour in adoration at a chapel in Vöckalbruck and he later arrived in Schlunders at 1:30am with limited time for sleep.[3] Kern once injured his knee while serving in an instance that required him to undergo an operation and then rest in bed for under a week. On 10 September 1916 around 4:30am a battle began between Italian and the Austro-Hungarian armed forces and on 11 September 1916 while in combat with Italian troops he was injured after a bullet pierced his lung in what became a permanent wound that he would never recover from.[1] Kern recuperated in Salzburg until 1917. He was also awarded the Medal for Bravery second class for his service. On 20 October 1917 he commenced his theological studies in Vienna but later dropped out in 1920 due to his ill health.

Fr. Anselm Maynard Keefe, the Norbertine who went overseas as a chaplain in WWII and discovered a mosquito (aedes keefei), was born in Oconto, WI in 1895. He was an alumnus of St. Norbert High School and St. Norbert College, graduating in 1913 and 1916 respectively. Afterwards he joined the seminary at the College and was ordained in 1920.

In 1942, Fr. Keefe took a leave of absence from his roles at the College and joined the army as a chaplain for a medical regiment in the South Pacific. It was allegedly while stationed there that he discovered the sub-species of mosquito that carries his name. His time in service ended in 1946 and he returned to St. Norbert College, becoming the Dean of Students.

Over his lifetime, Fr. Keefe collected thousands of botanical specimens that he kept in his herbarium on campus along with a beautiful collection of botany texts from the fifteenth, sixteenth and seventeenth centuries. His quotes in the St. Norbert Times also reflect complicated attitudes of the time and are used in archival visits to classrooms to unpack hard histories.

Born November 27, 1927 in Bleymard (Lozère), our dear brother received the premonstrated habit at
Saint-Michel de Frigolet, August 15, 1951. He made religious profession
on July 11, 1953 and was ordained a priest by Bishop Urtasun on June 16, 1957.
After having fulfilled the functions of professor and master of the professed,
he was elected Father Abbot of our community on February 13, 1963.
He received the abbey blessing on March 25 of the same year.
In 1978, Father Gérard resigned from the abbey office.
Later he was appointed chaplain of the National Gendarmerie
and finally parish priest of Lasalle (Diocese of Nîmes, Gard), parish where he
died on May 13, 2009. 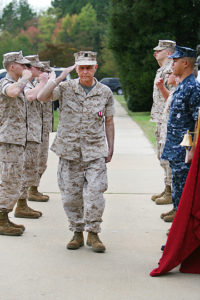 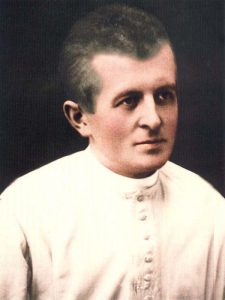 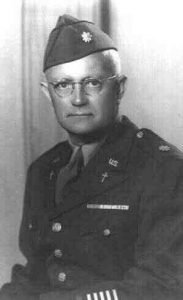